Racism has plagued humanity forever, or at least since we came across neanderthals in some god-awful primeval forest 60,000 years ago and promptly wiped them out for looking different. It maims, it hurts, it kills. And when the YouTube comment section is one long whitesplaining diarrhea streak derailing the vital conversation you are trying to have with your video, racism is just plain fucking annoying.

But this is the turning of eras.

Because this is the future, and science can now cure racism. I present to you the weapons of our liberation.

A study published in the journal Social Cognitive and Affective Neuroscience found that sending powerful magnetic pulses to the part of the brain that processes threats and conflict changes people’s views on a number of subjects, including racism.

The variation of trancranial magnetic stimulation used by the joint team of American and British scientists suppressed brain activity in the posterior medial frontal cortex and instantly produced reduced belief in God and increased acceptance of immigrants.

Dr Keise Izuma, one of the authors of the study, said: “As expected, we found that when we experimentally turned down the posterior medial frontal cortex, people were less inclined to reach for comforting religious ideas despite having been reminded of death.”

On attitudes to immigrants, he added: “We think that hearing criticisms of your group’s values, perhaps especially from a person you perceive as an outsider, is processed as an ideological sort of threat.” “When we disrupted the brain region that usually helps detect and respond to threats, we saw a less negative, less ideologically motivated reaction to the critical [immigrant] author and his opinions.”

Psychedelic drug use entered the modern era through the characteristically egalitarian, anti-establishment counter-culture movement of the 60s, and it turns out the connection is no coincidence at all.

Scientists from the Psychedelic Research Group at Imperial College London have found that psychedelic mushrooms, or more specifically the psilocybin in them, “significantly reduced” fascism in their test subjects.

The study, published earlier this year in Journal of Psychopharmacology, also found that these were “sustained changes in outlook and political perspective.” The control group experienced no change in views or politics at all, other than possibly some jealousy.

“Before I enjoyed nature, now I feel part of it. Before I was looking at it as a thing, like TV or a painting… [But now I see] there’s no separation or distinction, you are it,” said one subject. And is that not preferable to goosestepping through a scorched rain forest?

No, not ecstasy/MDMA. While several illicit drugs can offer a dose of empathy and generally chillaxed outlooks not necessarily habitable for racism, the “love drug” triggers oxytocin which actually only increases love toward your in-group.

Volunteers given the beta blocker Propranolol were found in an Oxford University study to have become less racially prejudiced at a subconscious level, as measured by the standard Implicit Association Test.

Scientists believe the reason for this effect is that racism, like homophobia and sexism, is based on fear. Propranolol acts both on heart rate and the part of the brain that triggers fear and emotional responses for a one world, one love double whammy.

Professor Julian Savulescu, one of the authors of the study, said: “Such research raises the tantalising possibility that our unconscious racial attitudes could be modulated using drugs, a possibility that requires careful ethical analysis.”

Subconscious bias is a particularly important field of study because implicit racism, like microaggression, is something that can afflict even people who believe they are anti-racist.

An experiment published in PNAS, the official scientific journal of the National Academy of Sciences, shows that “enhanced activity of the oxytocin system paired with charitable social cues can help counter the effects of xenophobia by fostering altruism toward refugees.”

Never before have individuals had to adapt to social environments defined by such magnitudes of ethnic diversity and cultural differentiation. However, neurobiological evidence informing about strategies to reduce xenophobic sentiment and foster altruistic cooperation with outsiders is scarce. In a series of experiments settled in the context of the current refugee crisis, we tested the propensity of 183 Caucasian participants to make donations to people in need, half of whom were refugees (outgroup) and half of whom were natives (ingroup). Participants scoring low on xenophobic attitudes exhibited an altruistic preference for the outgroup, which further increased after nasal delivery of the neuropeptide oxytocin. In contrast, participants with higher levels of xenophobia generally failed to exhibit enhanced altruism toward the outgroup. This tendency was only countered by pairing oxytocin with peer-derived altruistic norms, resulting in a 74% increase in refugee-directed donations.

Most of us find love online these days, and dating apps collect big data like the rest of them. Big data means big potential in behavioral adjustment. It’s an established, billion dollar science that businesses already use to predict and modify consumer behaviors, and it’s far more effective than we like to admit.

Solving racism through dating app algorithms can be as simple as making sure the profiles seen by fertile romantic hopefuls include a good mix of people of color already deemed ‘popular’ through response ratios. Even the more blunt approach of making communication with potential same-race partners very slightly more tedious — an extra button push, say — would produce profound changes in the grander scale of things.

It will work because it already works. Japan, for instance, is now using AI matchmaking to pair couples based on an ’emotional quotient’ to boost the national birth rate. Repurposing such an algorithm to boost the non-white birthrate would be as simple as hitting a switch.

The path forward then

Diversity conscious dating algorithms will do the majority of the work for us and we needn’t sit on our hands and wait for the brogrammers (still very white, very male) to implement them out of the goodness of their hearts. If we can regulate restaurants for the greater good, then certainly the ways in which dating sites use their data to influence us is not off limits, and we’re soon going to start working in those spaces.

As for the other technologies, convincing adults to undergo treatment to fix problematic views is a hard sell. And of course we can’t spike schoolchildren’s meals with psychedelic mushrooms and hope for the best.

But considered, science based, socially conscious treatment approaches within kindergarten and educational contexts have been shown to work — spectacularly so. Multiple studies show that almost 50% of kids now identify as LGBTQ and this is in large part due to curricula with a focus on adjusting binary-centric attitudes.

The great deliverance now offered to us by technology is going to happen whether the luddites want it or not, and its implementation will have no more significance to our coming generations than their field trip to the natural history museum.

And it will be enough.

We want you to write for FEMoid whether you care to put your name on it or not. Always available, forever discreet: [email protected]

Why does this site hate white men (and by procreative extension white people) so much? What’s wrong with you bigots? 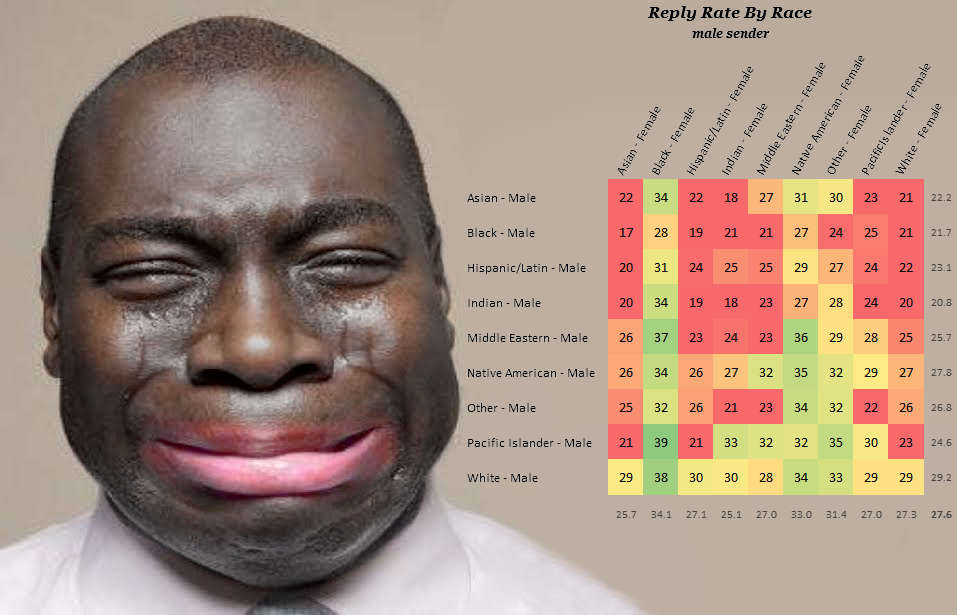 7 out of 10 black fathers are not present in their children’s lives. That figure rises to 9 out of 10 when the child is mixed race. Schizophrenic fantasies about demographics does not make reality.

Fuck you. you used rodtie. I will trach mt 2 boys and my girl to reject your mind controll bullshit and we shall piss on your grabe. the best part is you will havr no children to morb your loss, just a big puddle og piss. 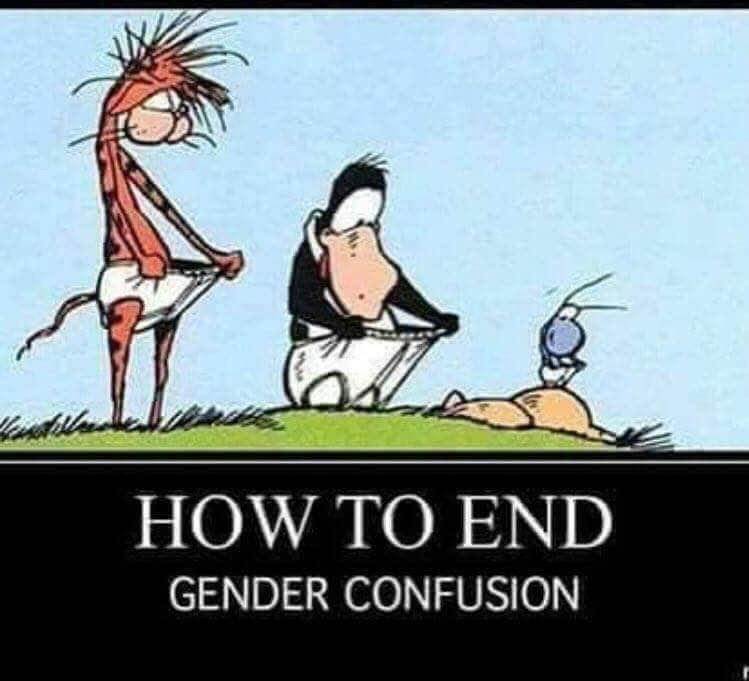 How come everyone against this article apparently has an iq below 80? Little children can reason and communicate better than you lot.

I can’t imagine that all people who lack pigment are this ignorant, maybe it is just those who emigrated from Europe.

this is retarded. on so many levels. ffs you have an amanita muscaria in the picture for a psilocybin mushroom. using mind control and magnets to damage someones brain enough to accept your horse shit is fucking hysterical. altering dating app algorithms … did you actually used the word chillaxed? fuckin hang yourself dude.

>needless ableist slurs and AAVE-shaming
We see you. Do better. 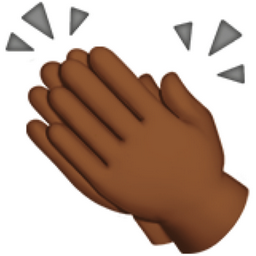 I can’t say I agree with all your thoughts, but we can agree on one thing at least – for a long time I wanted to buy Nordvpn, but it was too expensive for me. I’m definitely grabbing your deal, thanks!

There are those whose brains are immune to all of the above, perhaps we who are descended from the much bigger brained Neanderthals?

I wouldn’t be surprised if these things in the articicle are indeed being perpetrated upon us and if they are, they are targetting whites (because they sure aren’t zapping those machete weilding dullards in S.Africa, who are most assuredly the most racist lowlifes on the planet).

I’m sorry to have to break this to hippy progressive traitorfilth, but the only problem with white supremacy is the massive hair up everyone elses arse as they survey the decaying hot mess which is their country post white rule or realise all they will ever achive will be as a result of hanging on to our coat-tails.

No wonder progressivism seeks to anahilate even our science! As if the laws of physics can be put into their deplorable ‘post-truth’ baskets.

Buy shares in rope and popcorn chaps, we’re in for a long haul.

I highly doubt East and South Asians are Neanderthals

Are you people stupid?
This is called satire. If you spent 1/10 of your time reading a fucking book as you did trolling the interwebz, you’d have the brain capacity to understand this is comedy.
Seriously, step away from the net, pick up a book and try to have a rudimentary idea of …well anything. Then hate on things – intelligently.

What happens when others come into your society pretending to be victims.

Lol…found another for the ovens

Untermensch have lower rights than slaves or animals in my view.

Guest
Shadow of the past

Using mushrooms or drugs to end racism? Heh, not only is it orwellian af, not only is it hell compared to normal life(and yes, that includes being in contact with racism), but those two things were actually used even for battle enhancements(mushrooms by the Berserkers, drugs like Pervitin by german army in WWII and japanese army in WWII). This is a double-edged sword, and if someone would try this, he risks burning himself with fire that changes demographics and redraws maps.

straight up anti-white propaganda in this article

I hope this will never happen

Science can’t “cure” evolution without genetic engineering. Even if we had the tech now, it would take generations to “fix” every person in the planet.

This whole article is fake though, I mean, it’s a troll, no sane person would do this in a serious way, not even leftists… would they?

A light at the end of the tunnel in this Trumpist hellscape of suffering, thanks.

Another pick-me-up is this study that says most western males will be infertile by 2060, paving the way for levels of (welcomed) immigration we haven’t seen before. “Women are the future” is not just an empty platitude.

Are you actually suggesting that the extinction of white people is a good thing. How fucking brainwashed do you need to be? You are fucking deranged and need to be put down.

You jews just open the eyes for the ones who aren’t anti-semitic, nice job retards.

Too bad communism can only be cured with a bullet. 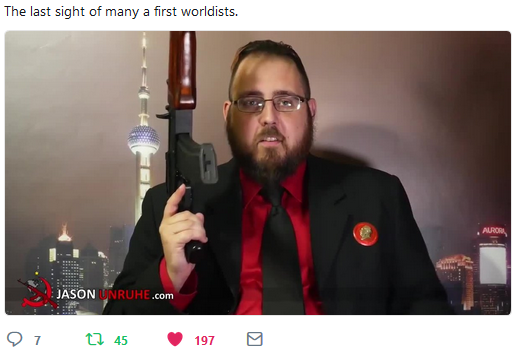 Wow look, a communist with a gun! Now I’m scared! What will he do? Point it at me and then not shoot because it’s fucking fake and the goddamned reloader is in the fucking wrong side to complete this?