The joke is that “Sneed’s Feed and Seed” is also formerly “Chuck’s.” Get it?

It has become such a problem that Twitter and Facebook have taken steps to block the use of any reference to Sneed on their platform.

But community leaders are pointing out that it’s not enough because BIPOC now feel threatened every time they see Sneed, and even inadvertent references to Sneed are basically everywhere in our daily lives. This is why BIPOCs are now asking white people to step up and…

[Read the rest of the article]

To boldly write where no person has written before.

My jame is John Henry Sneeden, and I support this article. 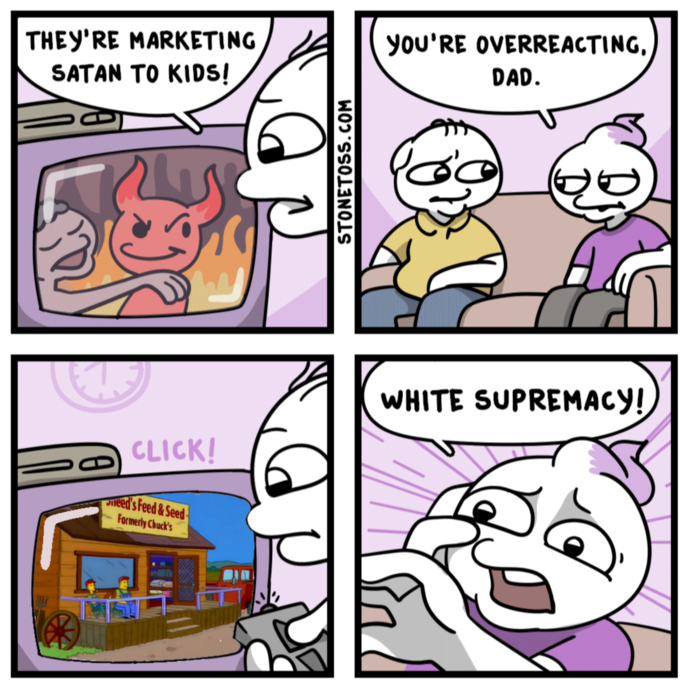